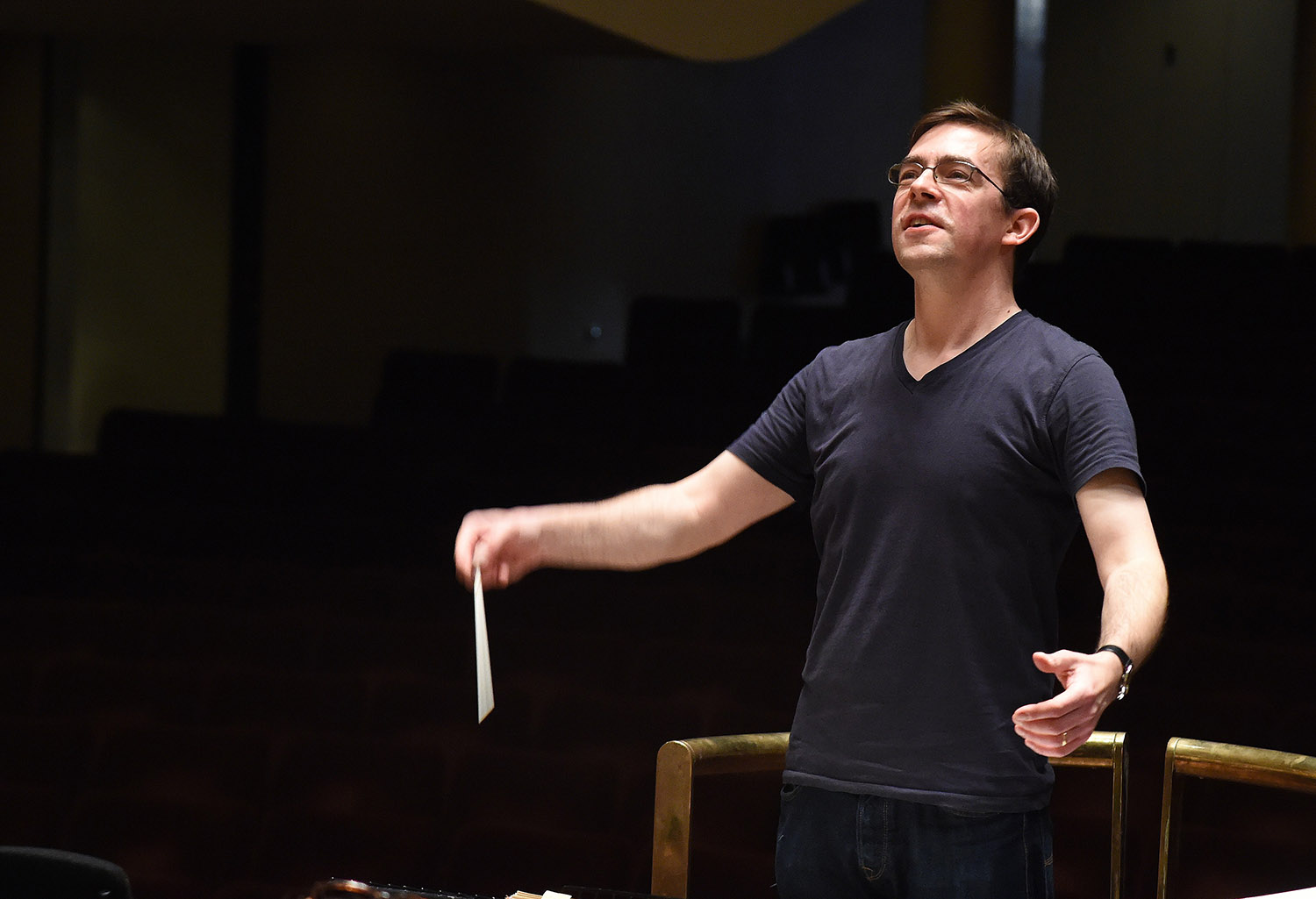 Richard Laing is an artist of remarkable versatility. As one of the nation’s foremost choral conductors, he frequently undertakes choral preparation, off-stage conducting and pre-concert talks for Britain’s top orchestras. For the Hallé he has prepared Belshazzar’s Feast, Alexander Nevsky, The Music Makers, The Planets and Poulenc’s Gloria; for the BBC Symphony Orchestra he has prepared Carmina Burana. As an orchestral conductor he is Principal Guest Conductor of Birmingham Philharmonic Orchestra and Hallam Sinfonia, Associate Conductor of Chandos Symphony Orchestra, and director of Leamington Chamber Orchestra. As a violinist he is a guest leader for orchestras in London and the Midlands a core player with the Orchestra of the Swan, and as a pianist he has worked as a repetiteur and coach at the Royal Birmingham Conservatoire, where he is now external examiner in orchestral conducting.

Richard began his career as Conducting Scholar at Birmingham Conservatoire, where after nine months of study he was awarded his Masters Degree, a Postgraduate Diploma, and the Postgraduate Prize for the most outstanding contribution to the musical life of the college. Shortly thereafter he was appointed to the post of Associate Conductor with the virtuoso young ensemble Sinfonia Cymru. Recent and forthcoming engagements include Bach’s St John Passion in Wells Cathedral with James Gilchrist, Britten’s War Requiem in Nottingham’s Royal Concert Hall, Shostakovich’s Tenth Symphony with Chandos, his debuts conducting the Orchestra of the Swan and the Bardi Orchestra, and leading the orchestra for Birmingham Philharmonic’s performance of Das Rheingold at Symphony Hall.

In his limited spare time Richard writes on a range of issues. While still an undergraduate at Manchester University he won the Kaiser Award for American History for his work on John F. Kennedy’s policy in Vietnam. He has presented papers on subjects as diverse as apocalyptic cinema, M.C. Escher and reality TV at the International Conferences on Film and Literature at Florida State University, and on Wagner’s Ring cycle at the International Wagner Symposium at the University of Adelaide; his essays on Bayreuth productions of Parsifal, Lohengrin and Die Meistersinger von Nürnberg are published in Wagner News. He is currently working with Andrea Halpern, Professor of Psychology at Bucknell University in Pennsylvania, on a project examining working memory and attentional flexibility in conductors and pianists. Among Richard’s proudest achievements are being appointed Vice President of the University of Illinois Triathlon Club and having articles published in the iconic games magazine White Dwarf.

Richard is married to the singer and psychologist Karen Wise, Research Fellow at the Guildhall School of Music and Drama. They live in Huntingdon with their nine year-old daughter Elsa.