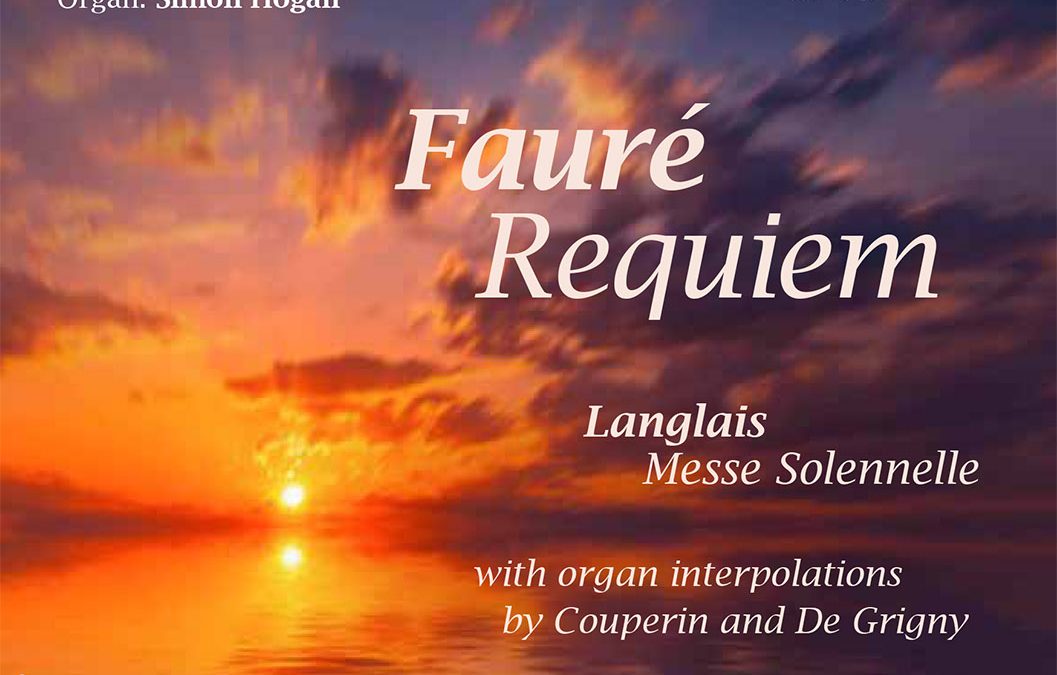 We were delighted to read the review in the Church Times of 5th July 2019, reproduced here with permission.

“Roderic Dunnett hears the Messe Solennelle by Langlais in Leicester.

JEAN LANGLAIS (1907-91), whose Messe Solennelle has been revived in a vital, spirited, and, at times, almost sensual performance by the Leicester Bach Choir, was one of several French composers to be blind.

Gaston Litaize (1909-91) was born with the condition, as were the revered teacher André Marchal (1894-1980) and, most famously, Louis Vierne, who had very limited sight.

Langlais (the programme told us) made an attractive joke regarding his blindness, which was caused by glaucoma when he was two: “If I could see like everyone else, I would have followed in my father’s footsteps as a stonecutter. Clearly the Virgin Mary had other plans for me.”

His intense and deeply expressive setting of the Mass shares with Vierne’s Messe Solennelle a magnificent, and predominant, use of the accompanying organ (Vierne’s Mass is, in fact, for two organs). A sense of drama infused it from the outset: the dark opening in the organ, and several quite fearsome interludes, played here by Simon Hogan, whose choice of registrations time and again lent this performance its exciting drive and fervour.

Langlais uses fugue, or at least imitation, in several places where one might not expect it, and sets upper against lower voices sometimes to wondrous effect. Indeed, the energy of the choir brought each one of these sequences vividly alive. “Suscipe deprecationem tuam” unveils some more jagged, if not quite chromatic, writing, having introduced a pleading and poignant descending phrase for “qui tollis peccata”.

The Sanctus, quite forcefully launched, introduced a rolling pattern taken up by the choir with the same proficiency and precision. The result was profoundly affecting, particularly so when the sopranos rose to an exceptionally high note — into the ether, as it were — in the Osanna. This magical moment recurs in the Benedictus, when, in an extended passage of unison writing, the conductor Richard Laing evoked a marvellous feel of yearning, subtly engineered, to glorious effect.

The atmospheric feel of the Agnus Dei was owed initially to the use of some deep woods in the organ, and to another canonic section led off, to good effect, by men’s voices; the organ pines above, employing a light-stepped clarinet; and the voices then do much the same, to moving effect. The texture gradually, and quite effectively, thickens, the appealing female voices especially generating quite a robust sense of growing intensity. Where it concludes, with a big organ finale, we come close to the world of one of the composer’s better-known contemporaries, Messiaen.

Interposed among the movements came extracts from two of the great organists of the late 17th century, François Couperin “le Grand” and Nicolas de Grigny. Five sections from Couperin’s two surviving Organ Masses, Messe pour les Paroisses and Messe pour les Couvents surrounded two movements by de Grigny. Prefacing the Agnus Dei, the latter included beautifully contrasted items, one for flutes, exquisitely crafted and delicate, the other featuring some particularly elegant brass. There was brass in the first Couperin series, too, and a fugue very much in the manner of Buxtehude or Bach. The later group included a gorgeous oboe melody, a dancing passage in triple time, eloquent clarinet, and a striking solo in the left hand. The concluding récit de cornet, with lovely soft trumpets, might have been by Purcell.

Not only was the Langlais an energised, stimulating, vividly contrasted performance, but hearing the early stages of Fauré’s Requiem, I was much impressed by this committed Leicester choir. This was an extraordinarily beautiful and rewarding performance. Under Richard Laing’s direction, the choir achieved all that one could ask for: delicate precision; fine balance (everybody seemed to be listening acutely); a sensitive feel for line, both the melody and all the significant underlying counterpoint; and perfect tuning from all four voices. With the riches of the first half also, I came away grateful and refreshed.” 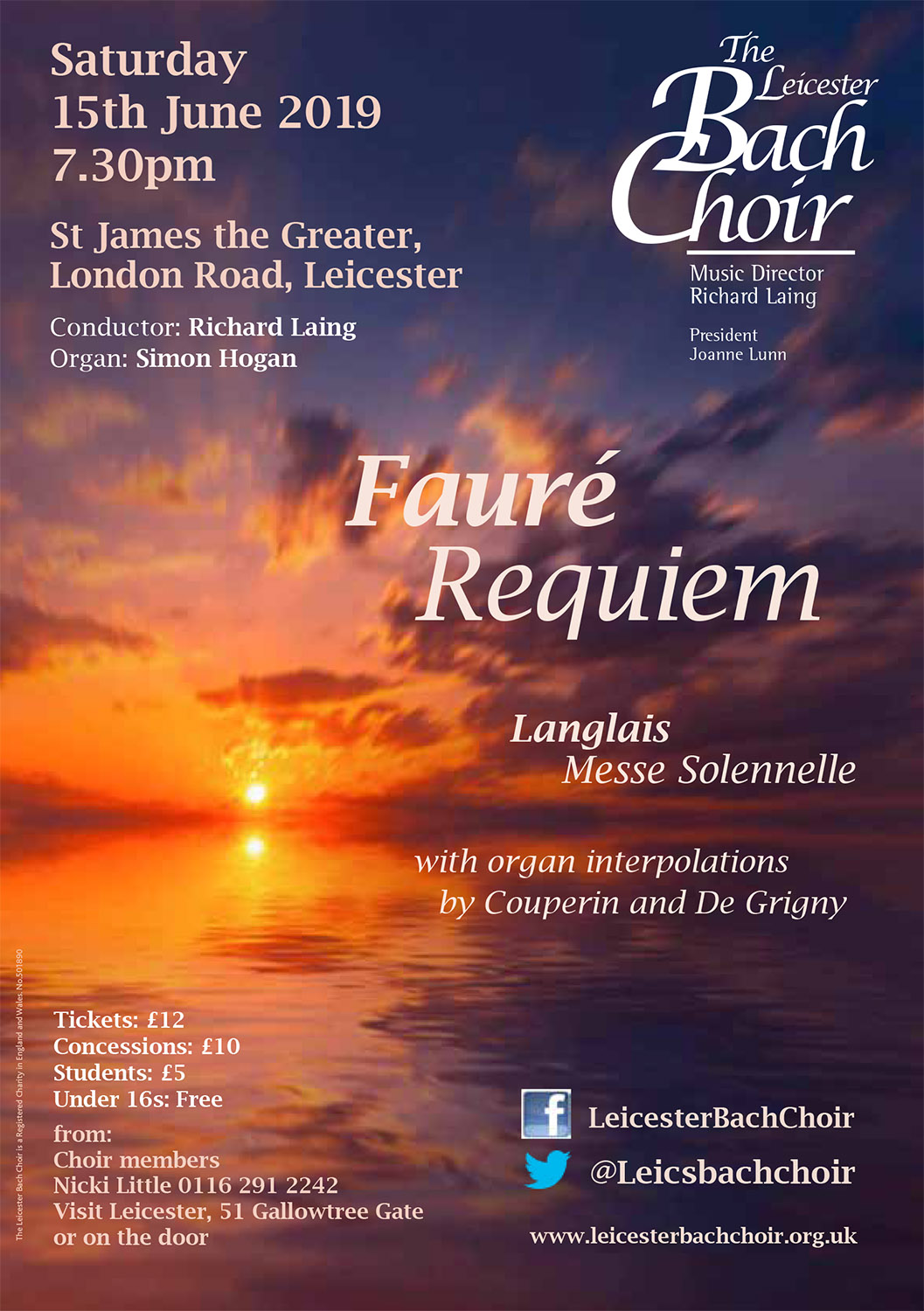