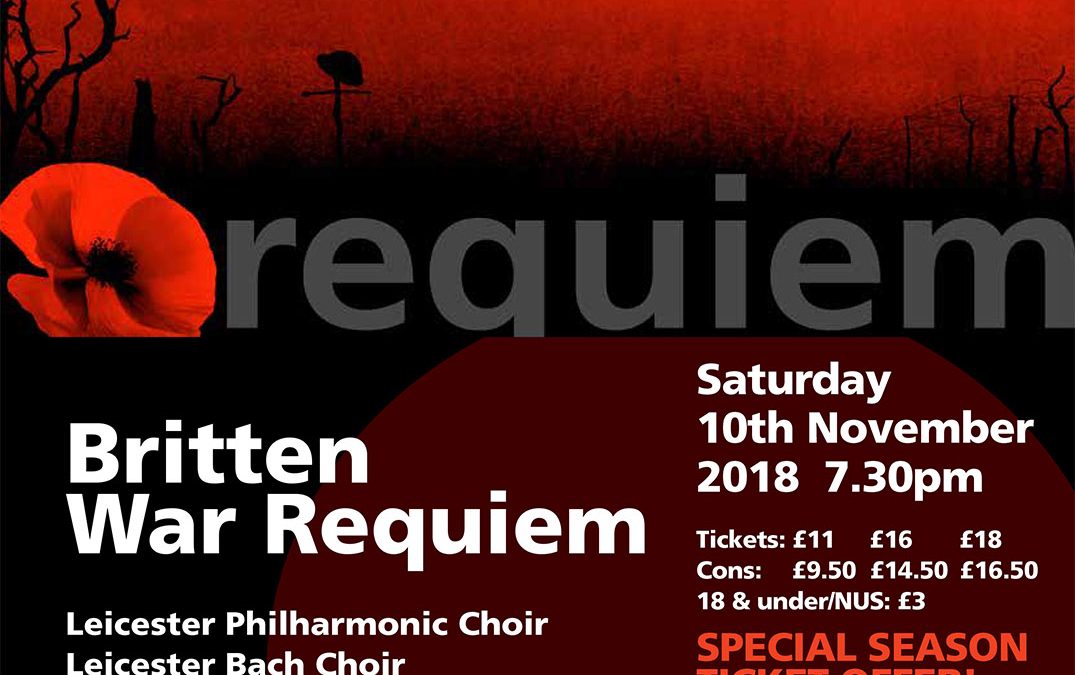 Leicester Concert Goer Diary had this to say about this concert;

The local choirs rose to the challenges splendidly. Unsurprisingly in such a huge work not everything was ideal. The problem of the positioning off stage of the choristers was not entirely solved. They were ethereal to the point of disappearance if one was seated stage right whereas I was assured by one person they were splendid for those sitting stage left. In the main choirs there could at times have been rather more projection in some of the intense quiet moments of the score. The start to the Libera Me was one such moment but here and elsewhere, as in the Dies Irae, waves of full throated sound eventually drove everything before it to magnificent effect. Overall, though, what was so moving was the obvious commitment of every member of each choir to strain themselves to the very utmost of their capacity and therefore time and again the essence of the work was communicated . That in itself made for an especially moving occasion.